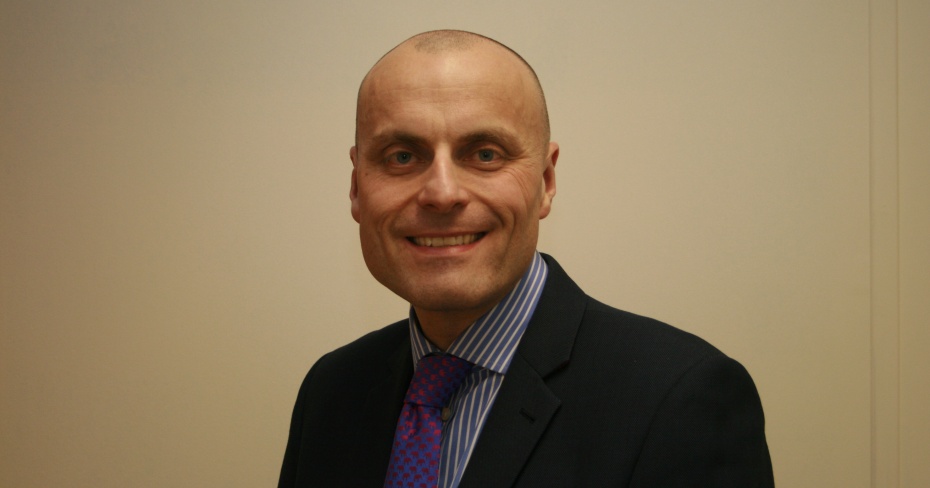 Tony Carey is CEO of Chase New Homes, a property development company which he co-founded in 2004. Specialising in residential property, it has 65 employees and currently produces about 300 units per year, primarily in Hertfordshire and North London.

How did you get into property in the first place?
I kind of fell into it. I was working in the car industry, for Mercedes, studying to be a management accountant. There were too many people in the company and I was blocked from taking my finals because somebody else had failed. I wasn’t prepared to wait, so I ended up moving to Fairview New Homes, qualifying shortly after moving.

I wasn’t particularly looking to go into property but I loved it, and progressed through that business relatively rapidly. I ended up as sub-board Finance Director, dealing with five main board land-buying directors. I quickly developed a taste for property, and for land buying in particular. In 2004 I got together with a couple of the guys at Fairview to start Chase, leaving Fairview in early 2007.

A very happy accident, then.

It was. The stars aligned, and I got together with the right guys. It was an interesting first few years, though, because of course we hit the crash. We managed to survive, and things started to grow quickly after that: we’re now producing 300 units per year with aspirations for 600.

Who has been the most influential role model in your business career so far?

Oh, that’s a good question. In my career I’d say that there’s two. Dennis Cope, who used to be the Chairman of Fairview, and Tony Pidgley of Berkeley Homes, who’s sadly no longer with us; I was impressed by the way he used to call the market, and how he would always grab your attention. He was a very political animal, and I’m fascinated by the political side of the industry.

And in a more general way – someone who has lots of inspirational ideas about how to live your life – Humphrey Walters. He’s done many great things, including being the psychological coach for the England rugby team that won the World Cup in Australia in 2003.

How has your part of the property sector changed during your career so far?

It’s certainly been very interesting. It’s been turbulent. I think the key is to always be on the lookout for equity investment from like-minded entrepreneurs.

When Chase first started, we were using bank funding and in a small way our own money. The schemes might be four large houses or eighteen apartments, that kind of scale. We were stretching every pound note and so the whole thing was more risky. Barclays gave us real issues with one particular scheme in the depths of the crash, but one of my partners, Philip Burroughs, knew two high net worth individuals that had worked with him before. They liked what we were doing, so they became our first proper equity investors. Soon we were looking at developments with thirty units plus, and we grew quite quickly from then on.

In 2014 we had a contract for a significant site in Chelsea Harbour. We flew to Malaysia in a quest for equity investment for that scheme, meeting Malaysia’s sixth richest man. Unfortunately the deal didn’t materialise, as the investor pulled out at the eleventh hour. We then tied up a deal with an investor based in Potters Bar, just eight miles from our office, which was rather ironic having just flown nearly 13,000 miles to Malaysia and back!

That was Paul Wilson, of Wilson Properties (London) Ltd. We work together really well, and in 2015 decided to join forces and create a new corporate vehicle, Chase New Homes, which is the one we still use today.

So it’s really been a career of relationships. As they say, if you step on everybody on your way up, there’s not going to be many people offering to help you when you need it later. We do our business professionally and with integrity and we have very good testimonials from everybody that we’ve worked with.

What is the focus of the business right now?
Same as always: we’re very hungry. We’ve got some great sites on the go at the moment. A 595-unit site in Welwyn Garden City that we’ll finish in a couple of months. We have a site in Broxbourne where we are on site selling: that’s 153 units. That site is all private, no social housing, because it was an enabling development for the construction of a new secondary school for 1,500 pupils. It took me two and a half years to put that deal together, and we finished the school in April this year which felt just fantastic.

We’re focused on partnering, as this enables you to get into schemes of significant scale. Our main competitive advantage at Chase is the planning side of things: we have in-house resources for both architecture and planning. So we can shape the scheme and create what we want to build. This is important, because if you buy a site that’s already got planning consent, sometimes it’s not for what you actually want to build and sell, so you have to rewind and go back in for planning amendments.

Once we’ve got planning consent we increasingly work in joint ventures with housing associations and local councils.

Looking ahead, what do you think are the main trends that will affect the property sector over the next ten years?

I think that most people in the industry would say that the planning system needs overhaul. All it ever gets is a tinker, though, so I’m not expecting there to be wholesale changes any time soon.

Working with housing associations is very important, and will remain so. They tend to have significant financial resources, often having significant housing stock already on their books. We’ve done some very successful developments with Metropolitan Housing Trust. We’re talking with Guinness Housing Trust at the moment about a scheme for around 700 units. And just this morning I agreed a site with B3Living, which is the former Broxbourne Housing Association.

One final question about your career: what achievement are you most proud of?

Building the new school in Broxbourne. To take on the challenge of building the school – not just the construction, but setting up the legal framework, securing the Secretary of State for Education’s sign-off, and liaising with the school the whole time to make sure that they actually ended up with what they needed – and now having delivered that in April this year. That was my proudest career moment. (I want to add: so far!)

What would be your ideal job if you weren’t in property?

Golf professional. Because then I’d be much better at golf.

What do you do to relax?

I like watching football. And I’m a member of Brocket Hall Golf Club in Welwyn.

Did you take up any new hobbies in lockdown?

I picked up a guitar for the first time, but I didn’t get very far. I can already play the piano a bit, but as it’s a bit difficult to carry around with you I started to play the harmonica. I’m not very good, but it’s slightly more portable than a baby grand!

What is your biggest extravagance?

About a hundred yards away from our home there’s a Steinway piano shop, and in the window they’ve got a Lenny Kravitz special edition, costing £438,000 – sadly that’s not it though! My biggest extravagance is usually cars.

How would you describe yourself in three words?

Les Miserables. My youngest daughter goes to drama school in Chiswick, and we both love a bit of theatre. Les Mis is by far my favourite show, and the film is fantastic as well.

Who would play you in the film of your life?

Hugh Jackman. (I’m sure you’ll agree that the resemblance is uncanny.)

What advice would you give to your 18-year-old self?

Stick to your principles. Be bold. And always have a plan to keep the shirt on your back.

Complete the form to receive your free resource and regular updates on related areas. You can unsubscribe at any time. We respect your privacy and we will never share your details with anyone else. Privacy Policy.

Sign up to receive our free e-newsletter about property investment and development. We won’t share your address, and you can easily unsubscribe at any time.

Our Privacy Notice sets out how we will process the personal data collected from you.